How to Remove Sinus Mucus Plug At Home – A COMPLETE Guide It’s gross, uncomfortable, and probably unsanitary – that mucus plugging up your nose is driving you crazy, and it just won’t go away!

There is nothing worse than a stuffy nose.

Breathing becomes such a chore and you keep blowing your nose every two minutes. Add to that, you can also have watery eyes, maybe a cough, a flu, and voila, having a stuffy nose is nigh unbearable.

You must be wondering how to remove sinus mucus plug at home?

Luckily for you, you won’t have to suffer through it all since we’ve got solutions to your annoying little problem.

We’ll even tell you what it is that’s causing your misery, and how you can prevent your nose from getting clogged up by all that gooey stuff that’s keeping you from living your life in peace.

But first, what is all this fluid in my nose?

The Role of Mucus 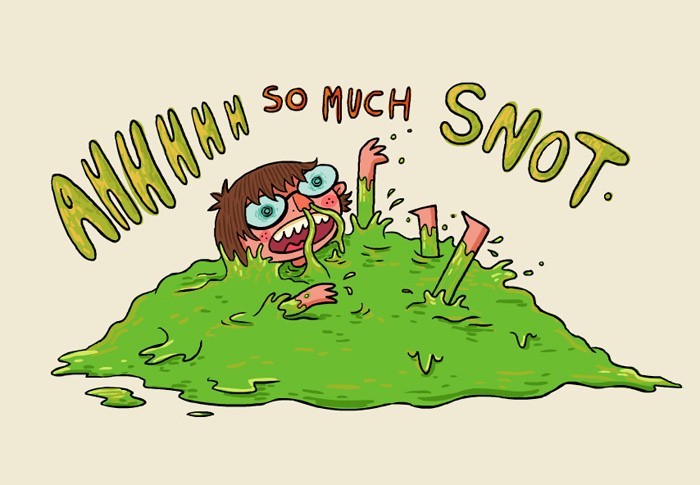 Despite thinking your cold may have come up of nowhere, that stuff in your nose has actually been there all this time – it is called mucus, and it is produced by your mucous membranes.

It has always been there. In fact, it is essentially your body’s very own filtering system.

Much like an air purifier, the mucus in your nose traps air pollutants like allergens, pollen, fomites, even dust, so that it doesn’t get to your lungs, or to any other part of your body.

In effect, mucus acts as a protective mechanism against these foreign substances so that you don’t get sick.

If this mucus has always been around, then why am I so uncomfortable right now? Sometimes, your mucous membranes do a little overtime, and get irritated and inflamed.

When there’s too much dust or pollen in your environment, the mucus membranes get overstimulated.

This causes them to produce way more mucus than you actually need, resulting in the mucus dripping out of your nose in what’s called postnasal drip.

This is also the term we use for when the mucus plugs up your nose, causing you to have trouble breathing.

A postnasal drip is usually evidenced by:

You usually experience these symptoms when you’re having an allergic reaction, or when you’re down with a cold or a flu.

They can even be caused by certain factors in your lifestyle, like smoking, eating spicy food, or drinking too little water.

Where you live can also factor in to how often you suffer from a stuffy nose. Residing in bustling cities with a stream of constant traffic is simply a nightmare for your mucus membranes! A nasal mucus plug typically looks slightly wet and sticky, but can even be dry and hard. Its color may also range from yellow to brownish.

An overly dry climate can also cause your mucous membranes to dry up easier, resulting in thick mucus that’s doubly difficult to breathe with.

So what can you do to prevent postnasal drip?

How to remove sinus mucus plug at home? 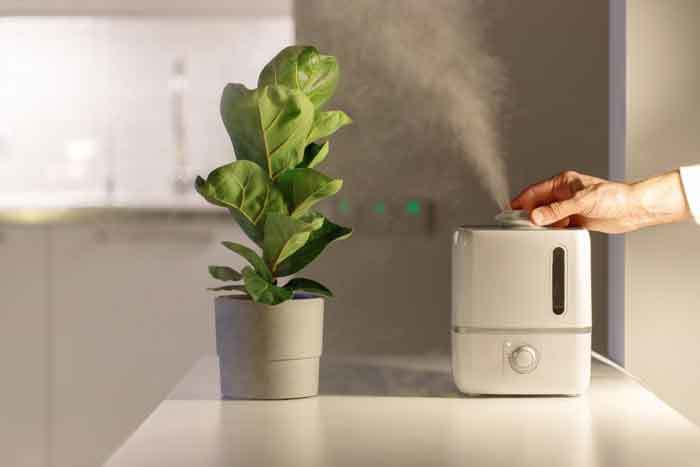 As mentioned above, if you drink enough water and stay away from liquids that cause fluid loss (think coffee or alcohol), and even stop smoking, you can drastically reduce your chances from clogging up your airways.

Your nose will thank you!

Because living in a dry place can irritate your mucous membranes, placing a humidifier in your home can help provide enough moisture to your indoor environment.

If you live in an especially dry places, check out this guide to find out which humidifier is suitable for you.

You may also like: Best Humidifier for Sinus Problems.

3) Stay away from irritants

Stay away from possible irritants as well.

If you don’t expose yourself to allergens or to places with a high concentration of dust in the air, you’ll find that your chances of irritating your mucous membranes have lessened.

But my symptoms have already manifested. What should I do to get rid of my stuffy nose? 4) Use a salt water gargle

Before running for your medicine cabinets, try a simple salt water gargle. It’s been proven to draw out excess water from your tissues, and can reduce your chances of further infection.

5) Use a nasal spray

You can try a nasal spray, which reduces the inflammation of your mucous membranes. You can use these at the end of the day to clear out your airways.

There are also more unorthodox ways of clearing your nose – if you’re having too much trouble breathing try simulating the regular flow of liquid within your nose through a massage.

With your fingers, push against the dip in your collarbones to encourage the downward flow of mucus within your throat.

If you do it right, you’ll feel the need to clear your throat, thus removing the blockage from your nose, if only temporarily.

If none of these work for you, then perhaps medications are the only way to go, in which case, you can try the following over-the-counter medications:

Other methods of letting your mucus run thinner also include breathing through a warm towel (use a soft one to avoid irritating your nose), and boiling a pot of water, and breathing in its steam.

Conclusion: How to Remove Sinus Mucus Plug At Home If you find yourself suffering from a clogged nose more often than usual, perhaps consider a humidifier as a permanent fixture in your home.

Dread your allergic attacks no longer; just try out the things we’ve suggested above if you’re suffering from a postnasal drip.

But don’t forget that you yourself can help prevent irritating your mucus membranes to avoid clogging up your own nose!

Having a clogged nose is one of the worst feelings, but life isn’t over yet!

Just try out the solutions we’ve provided, and watch that mucus plug in your nose clear away.